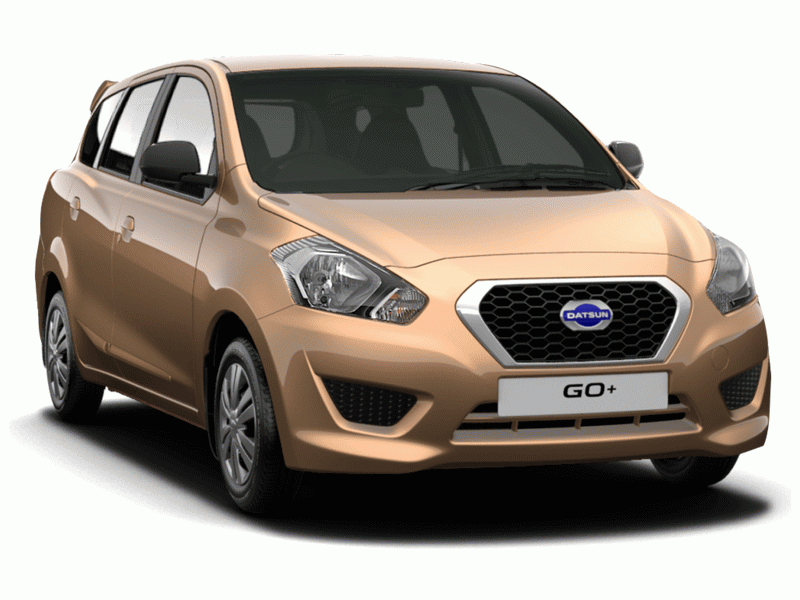 Expected Launch: April 2016
Expected Price: 3 – 5 lakh
Datsun Redi GO is not launched in India yet. Information on this page is tentative. Probably soon be launched.

The Datsun Redi GO is the third car from the Japanese automaker as part of its re launch strategy for the brand. It was unveiled at the 2014 Auto Expo and will join the GO, GO+ and the soon to be unveiled sedan (Russia market only) as Datsun’s budget offerings for various markets. It is a B-segment hatchback and is expected to sit above the GO hatchback in the Datsun hierarchy.

The Redi-GO gets a slightly more futuristic adaptation of the Japanese automaker’s fascia that was unveiled with the GO in July last year. It retains the chrome hexagonal grille from the GO and GO+ but gets sleeker swept back headlights. The fascia also includes a futuristic bumper which is separated from the front grille by a narrow air dam. The headlights and the fog lamps are both LED units but we expect that in the production version, the hatchback will get standard halogen units in a bid to keep the cost of the car down. 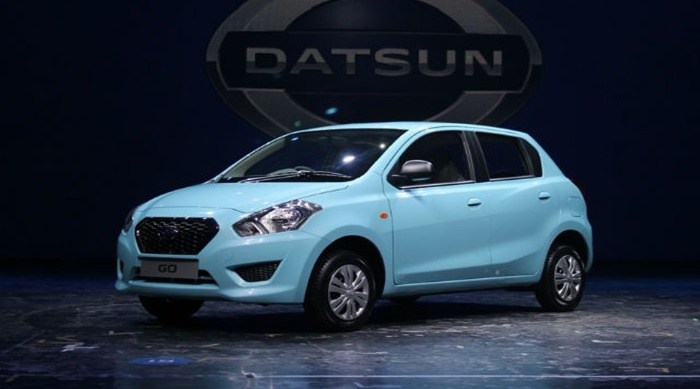 The side profile includes flared wheel arches and aerodynamic lines that extend into the boot and then onto the other side. The Redi GO’s roofline slopes at both ends and gives the impression that the car is forward leaning thanks to the little bits of the body work that cover the edge of the A-pillar and the C-pillar. Despite the quirky design, the Redi GO is a four door but we expect that headroom in the second row will be a bit of an issue if this is the shape adapted in the production version.

At the rear, the Redi GO gets a sloping roofline with a smaller rear spoiler. The two-tone bumper is body coloured expect for the number plate holder which has been painted in grey to match the same section on the front bumper. The tail lamp assembly flows from the rear wheel arch to a point near the middle of the boot door. Despite the rest of the car having so many lines and little touches to give it a funky appearance, the rear is little less spectacular than the rest of the car. We already know that it has a wheelbase of 2.3 meters which means the overall length of the Redi GO should be in the range of 3.2-3.6 meters.

The interiors of the Redi GO have not been revealed but we expect that it will be a slightly more premium version than the ones found in the GO and GO+. It is expected to get all the standard features like the AUX-IN with two speakers, mobile charging point, beige upholstery, the dash-mounted gear lever and handbrake. 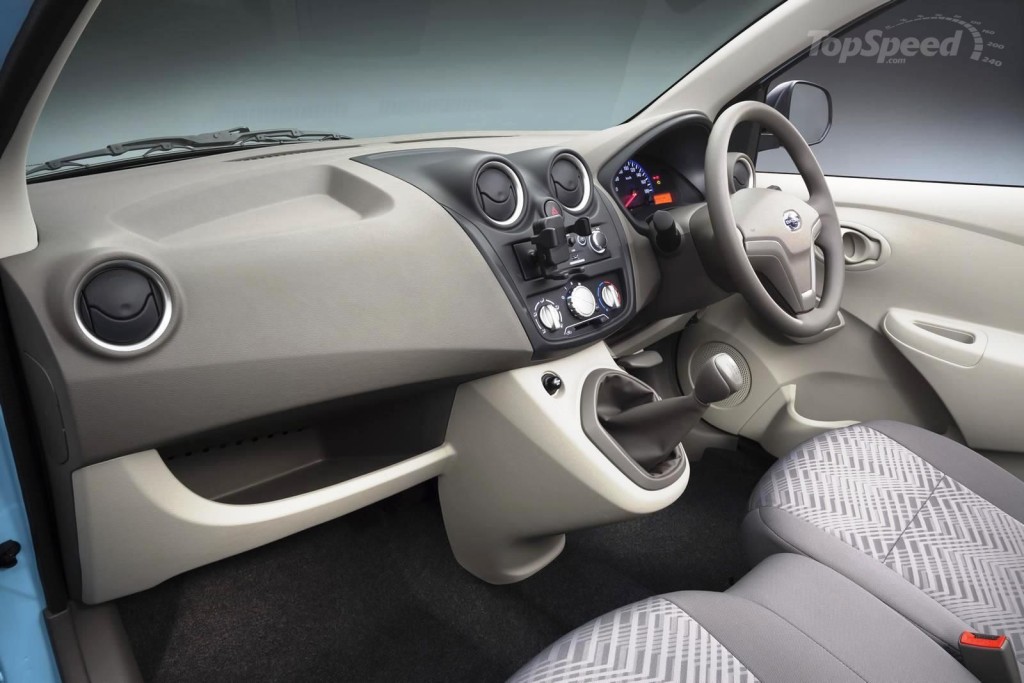 It is expected to be powered by the same 1.2-litre three cylinder engine that produces 67bhp and 104Nm of torque. Power is transmitted to the front wheels via a five-speed manual gearbox. It is possible that this car maybe offered with a CNG or an LPG compatible option also. 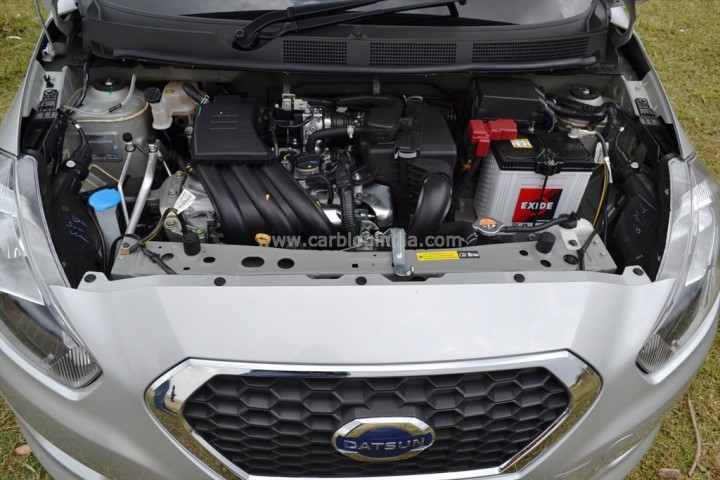 It is expected to be priced in the range of Rs 3.5 lakh to Rs 5.5 lakh and will compete in the B-segment with the Chevrolet Sail hatchback, Tata Indica eV2 and the Hyundai i10. It is expected to be launched in early 2015 for most of the markets where Datsun has a presence.