Inspired by a seventh-place class finish at the Nürburgring, Toyota is launching a special edition of the Corolla Altis sedan in Thailand that may look the part, but doesn’t quite pack the punch to back it up. Toyota’s Thai division wing is launching the Corolla Altis ESport Nürburgring Edition at the Bangkok Motor Show this week. Apparently inspired by a seventh-place class finish at last year’s 24-hour race on the Nordschleife, it’s based on the Corolla Altis – a version of the popular sedan sold in South Asian markets – and picks up where the ESport trim leaves off. From there it gets a reworked aero kit, blacked-out grille, LED daytime running lights and red-trimmed leather interior. There’s even a re calibrated suspension hooked up to 17-inch alloys, giving it the right stance, but that’s about the extent of the performance enhancements. 2017-Toyota Corolla Altis Esport
Power unfortunately still comes from a 1.8-liter atmospheric inline-four, driving just 141 horsepower to the front wheels through a continuously variable transmission. So while it may have at least some of the looks to go with its racy name, it still lacks the oomph. This, then, will not be one of those overseas performance specials we’ll be longing for when passing by a Toyota showroom on our own shores, but at least customers in Thailand can look the part. 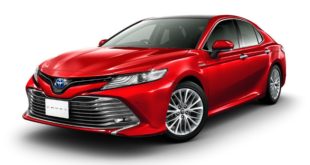 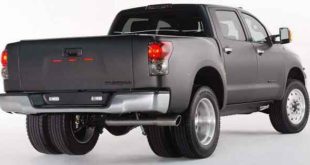