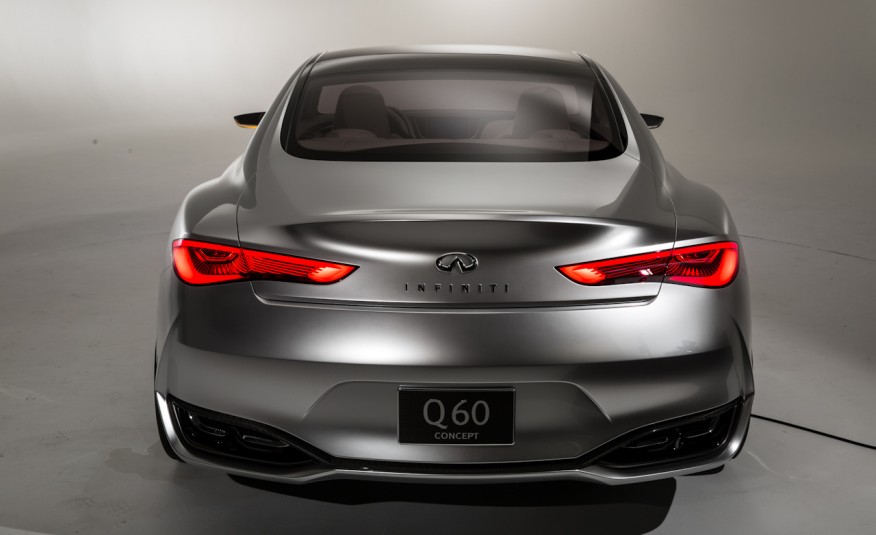 It used to be that coupes spun from entry-level sports sedans were more or less identical to their four-door siblings.

These days, more is being done to differentiate the siblings. BMW’s 4-series stands apart from the 3-series sedan visually and in name, the new Mercedes-Benz C-class coupe is markedly different from the C-class sedan, and so on. Based on these spy photos, Infiniti is elevating the coupe derivative to a new high. Just look at the Q60—it appears as though every single body panel is unique compared with the Q50 sedan on which it is based. Oh, and it’s also certifiably gorgeous, a strong move for taking down the segment stalwarts, particularly the eye-catching Mercedes.

Platform: Underneath the stunning wrapper sits the same front-engine, rear-drive chassis that lives beneath the Q50 sedan. It’s frankly a bit surprising how close the production car is to the Q60 concept that Infiniti debuted to plaudits at the 2015 Detroit auto show. The only major deviations include the round exhaust outlets—which we think look better than the show car’s amorphous chrome openings—and the divided front intakes. Everything else, from the powerful haunches and the seductive taillights to the sinewy shoulder line and bulging hood, carries over intact to the production model.

Power Plant: Base-model Q60s will utilize the same 241-hp turbocharged 2.0-liter four-cylinder as Mercedes-Benz’s C-class. The engine already is available in the Q50 sedan and is being built by Nissan in Tennessee as part of a technical partnership with Daimler. The four-cylinder is a decent engine, but it’s also the least-interesting way to power a car this sexy. The Q60 engine worth paying attention to will be an all-new 3.0-liter twin-turbocharged V-6. Two states of tune will be offered for this power plant, ranging from roughly 330 horsepower to 400 in higher-spec models. There is little hope that a manual transmission will be offered at all, so plan on a seven-speed automatic, as well as a choice of rear- or all-wheel drive. The hybrid power train available in the Q50 sedan is highly likely to be left off the Q60’s option sheet.

Estimated Arrival and Price: After an auto-show debut early in 2016—Detroit or New York seem likely locations—the coupe will go on sale later in the year as a 2017 model. As is customary with most sedan-based coupes, the Q60 should cost a few thousand bucks more than the Q50, which starts at $38,055. With looks this hot, we can almost see ourselves forgiving the Q60 if it comes to market with the same slightly disappointing driving dynamics as its Q50 sibling. Almost. Then again, Infiniti has been updating the sedan continuously, and the Q60 should launch with those improvements baked in from the start. 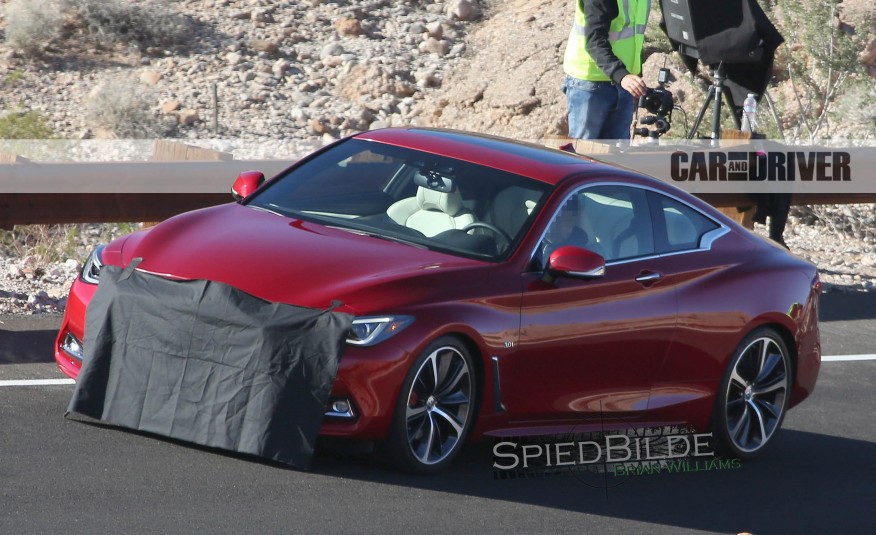